How To Stop Dealing With Late Rent And Problem Tenants

Call 604-858-(7368)
It wasn’t until his tenants drug lab blew up (in the apartment they were renting from him) that Jonah realized he was a terrible judge of character.

You never know who people truly are, Jonah thought as he stood outside his apartment building and watched his tenants get arrested.

Now he had to find new renters, and he didn’t particularly want to. What if the next one was even worse?

While drug labs are (hopefully) not that common, they’re just 1 of many problems that pop up for rentals.

What Your Rental Manager Does For You

Here’s how your rental manager solves the above problems (and the other services you get with one):

Your manager deals with any maintenance that crops up. All you do is pay the invoices.

We never hire unlicensed tradesmen, and we never upcharge on maintenance. For example, if the plumber charges $100, that’s what you pay.

Your manager always hosts showings. Tenants are never given a key to the property until they’ve been approved, have signed the necessary paperwork, and have paid the deposit.

This is important – there are horror stories out there of prospective tenants receiving keys early and just moving in to become squatters. This never happens with one of our rental managers.

Rent is due on a set date – this never changes. If a tenant is late, it’s not your concern. We work it out with the tenant for you.

Rent is always auto-deposited into the bank account you specify.

You get a full year-end statement every tax season, so your taxes are that much easier to deal with.

You get a strong support system with us. If something happens that needs immediate attention, our 24-hour emergency service is there to help you and your tenants.

If you’re unsure what to charge for rent, we can advise you when we’re taking a look at your property.

If you don’t want to get your rental managed but need help finding a tenant, you can hire us for a one-time placement. This agreement only allows your manager to:

Once you have a tenant and they’re moved in, the rental manager’s job is complete.

To Tim, a squatter was someone in a dirty plaid jacket who hunkered down on a chunk of land in the mountains. He never thought he’d have to deal with one himself…

…until he lost the tenancy agreement on one of his properties.

It had been 2 years since Tim first attempted to evict his ‘tenants’ out of one of his rental properties. They had claimed they were never renters, but employees who were asked to care for the property.

Tim desperately hired a manager from us to find evidence that the squatters were actually tenants.

After digging through a ton of paperwork, we found him just what he needed to evict the squatters and give Tim his rental property back – the tenancy agreement. It’s safe to say he’ll be keeping future agreements in a safe place for now on!

Having a rental manager care for your property will ensure this situation never happens to you. Your manager drafts the tenancy agreement and keeps it safe for you.

If the tenant violates the agreement, it’s grounds for eviction. 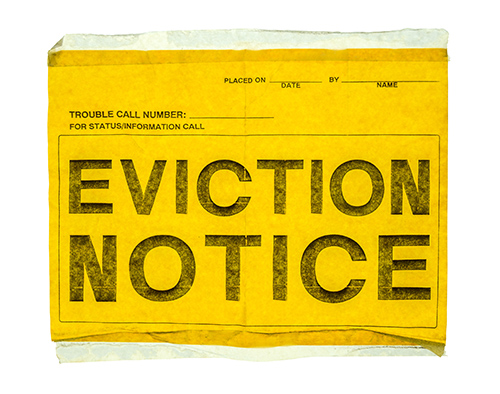 Thinking Of Hiring A Rental Manager?

Here’s A Checklist To Help You Get Started

Before you give us a call to get the hiring process rolling, read through this checklist to make sure the process is quick and easy.

Are you part of a strata corporation?

Property assets (so the property manager can determine a good rent to charge):

The 3-Step Process To Finding Your Perfect Tenant

Your manager works to find you a tenant with this process:

Step 1: Advertising
24-hours after the contract is signed, your property is posted in local newspapers and online, which includes:

Step 2: Showings
We show your property to interested tenants and give them the link to our online application system.

Step 3: Application Review
We carefully review applicants before accepting, and confirm their references and employment

The housing market is a fluctuating beast. There’s no guarantee on how long it can take to find the right tenant.

Your Tenant Is Found! Here’s What Happens Next

Your rental manager not only finds you a tenant, but takes care of them from day one. Here’s the process they follow to move-in your new renter:

Step 1: Approval
The application is approved, and a tenancy agreement is signed.

Step 2: Deposit
Tenant pays the security deposit. Property is held for them and removed from all advertising once the deposit is given.

Step 3: Meet & Greet
You (as the owner) only meet your tenant if you reside beside the property, or live in another unit of the same property (e.g. basement suite vs upper level).

Step 4: Conditioning Report
On moving day, before tenant begins to unload boxes, manager and tenant go through the property and write down any damage that’s there onto a conditioning report. For example:

Step 5: Move-In
Tenant moves in, and the rental manager is only a phone call away for the entire tenancy period.

Out Of Town Landlords

Whether you’re in Toronto, Beijing, or even Mexico, we can still team up with you if you own property in the Fraser Valley.

If you live outside of Canada, legally we have to withhold 25% of rent for the Canadian government. To avoid this, we suggest opening a local bank account.

How To Hire A Rental Manager For Your Property

Ready to get a rental manager’s help? Here’s all you need to do: